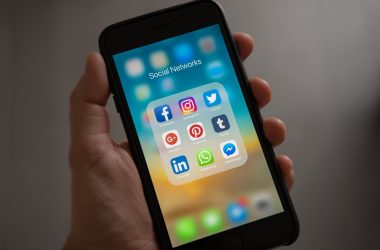 Ever since its launch in 2007, Tumblr gained an impressive amount of following. To put it in better perspective, 75,000 people joined Tumblr only in its first two weeks after going live. Moreover, the consistent growth of users continued throughout the entire decade following the site’s launch. This led to Tumblr becoming one of the most popular websites, and many people started wondering what brought Tumblr such exponential fame. While, at its core, it’s a place where people can follow blogs related to travel, food, humor, and much more, something completely different proved to be the main source of Tumblr’s [ … ]

Daily deal sites like Groupon can be a small business owner’s greatest tools for generating sales. However, daily deal websites can also cause more harm than good if the business owner doesn’t do his/her homework upfront. Most daily deal business models take about 50% of all coupon sales leaving the business owner with only 25% of the original price amount for the product or service. That’s because most deals sold there offer 50% off the original price. As you can see, it can be quite costly for any entrepreneur to utilize a deal distribution service. What’s more, if you’re not prepared for the [ … ]

Group buying sites leverage the power of collective bargaining to provide incredible local deals that offer huge savings for consumers while also promising spectacular sales numbers to participating merchants. As a result, these group deal sites have become immensely popular and successful for all parties involved. Most local group coupon sites offer short-term daily deals that discount products and services by more than 50% off and therefore usually sell out of such offerings within just a few hours. In this review list we’ve identified some of the top group buying sites that are currently available. If you’re a local merchant, you [ … ]

Using Quantcast analytics from last month (April 2008), I recently compiled data on the most popular social networking sites to determine which ones have the most educated and most wealthy user base. Social networking sites included in the analysis were largely based on the Compete list of top social networks, the total U.S. estimated monthly uniques for the month of April (as reported by Quantcast), and author interest. No surprises here with MySpace and Facebook at the top. It is interesting to note that Facebook’s user base ranks much higher than MySpace’s user base in terms of wealth and education level. It is not necessarily a big [ … ]

Given Facebook’s widespread use, I thought it would be helpful create a sort of Facebook guide that includes how to instructions, tips, tricks, and proper etiquette for using Facebook. Facebook is a social networking site that’s become a great resource for keeping track of friends, meeting new people, and promoting your own business, organization, group, and cause. For many individuals Facebook is a great entertainment resource too. There are tons of Facebook game applications that millions of people play on a daily basis. At times however, your innocent game activities may become quite the nuisance to your friends. There are [ … ]

With Twittermania running rampant, the latest craze is the new social media sharing toolbars that are popping up everywhere. Because Twitter users are limited to only 140 character tweets, url shortening has become essential. Toolbars like HootSuite, Krumlr, and the DiggBar initially sound like a great ideas in that they enable visitors to easily share your content. However, what most people fail to realize is that it is essentially framing your website and thereby hijacking it and it’s traffic. Furthermore, when they choose to share your content, some of them create a shortened url that points directly back to their [ … ]

Projects require lots of planning, organization, communication, and coordination between members. Popular online project management applications address the following functions in getting things done: Project planning Task management Document sharing Contact management Time tracking Communication tools Issue handling Reports Notifications After scanning the web in search of the more popular free web-based project management applications available, I gave them all a spin. I have compiled the list below along with a brief summary of their provided features for free accounts. Basecamp – A premier project collaboration service that many top companies utilize. Features include the ability to create and manage projects, [ … ]